These aren't healthy.  And neither are the Jack in the Box 'real' versions.  I've made these twice in the past 6 plus months.    In fact, before I even tasted a Jack's taco I was eating these Mexican side of the family's tacos.
They're easy and minimal ingredients too. 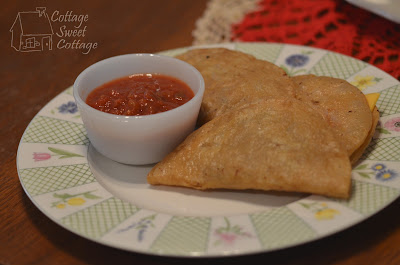 Here's how I watched them being prepared as a young girl~ 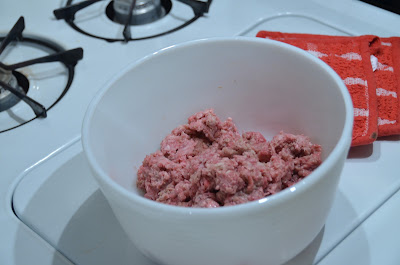 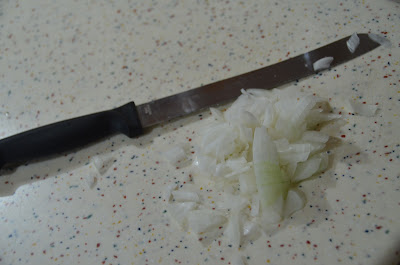 Add onion and season meat with your choice of seasonings.
I use Lawry's and other seasonings I have on hand. 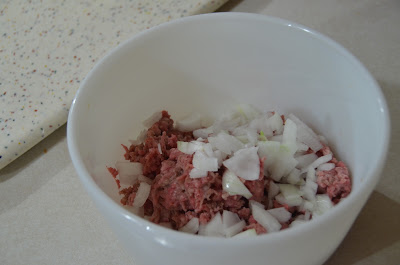 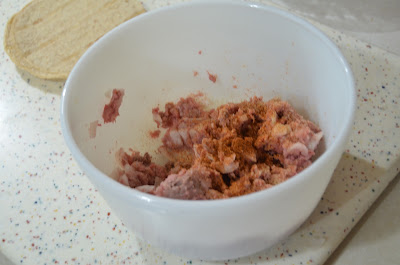 Divide meat into 12 balls of (attempted) equal proportions.  Spread meat on one half of  tortilla pressing to the edges. 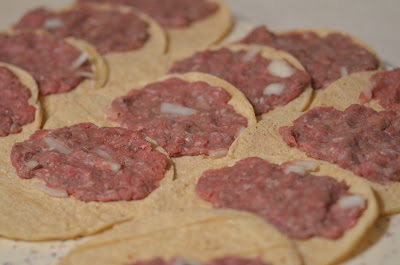 Heat oil to medium hight and place tacos flat in oil for a few seconds.  When the tortilla softens up, fold the tortilla and hold it in place until it stays. 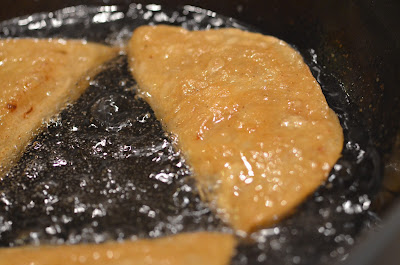 Fry till golden brown and meat is finished.  I don't have cooling tray so I used my bundt pan lined in napkins to drain the grease. 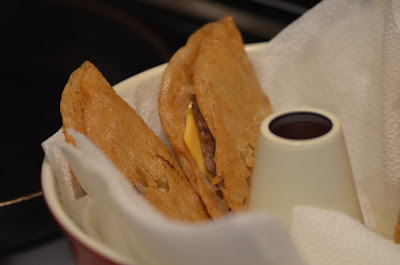 Add a slice of American Cheese to each taco. 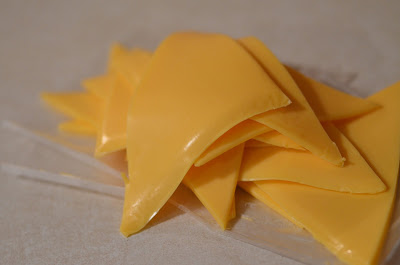 Put some taco sauce in each taco. Homemade salsa is way better!  ;)   Hubby and I prefer it on the side.
Add some sour cream if you like!

Email ThisBlogThis!Share to TwitterShare to FacebookShare to Pinterest
Labels: Recipes 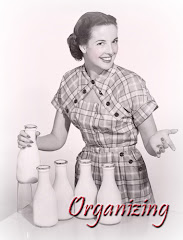 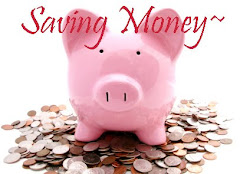 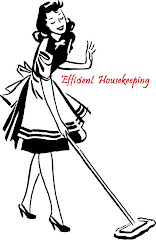 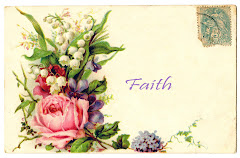 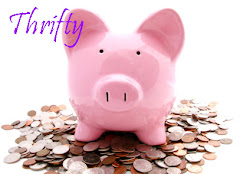 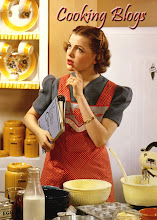